Items being imported from China

Even during the period when the novel corona virus cases had shown a sharp increase in the country, the Narendra Modi Government also had taken several measures to reboot the economy. Now, with the cases flattening out except those in Kerala and Maharasthra, the focus has shifted to vaccination. In this content, the Prime Minister’s clarion call for self reliance assumes added significance. It was also well articulated in the 2021-22 budget presented to Parliament on February 1. Self reliance means weeding out unwanted imports, especially from neighbouring China which has been hogging the lime light after continuing tensions and clashes across the border for quite some time. What is to be kept in mind is that complete self reliance is not a praclicable proposition as no country can produce everything it consumes. A well though out strategy is therefore called for to tackle the situation.

The Textile industry in particular has reasons to cheer as the budget has proposed seven integrated textile parks in the country. The areas where they will be set up will be notified by the government soon. Among the steps already taken by the government to reduce imports from China include raising the customs duty on 20 product segments such as laptops, camera’s, textiles and aluminium goods. Further, New Delhi has banned nearly 200 Chinese based apps which are considered as prejudicial to the country’s sovereignty and integrity.

It is to be noted that Indian imports from China are less than 5 per cent of the latter’s exports, while Indian exports to China constitute a miniscule fraction of total Chinese imports. Moreover, “None of the items exported by India to China are of an essential or strategic nature”, to quote excerpts from an article by Baskar Dutta recently. So, China can absorb the effects of any economic weapon employed by India, he opines. Again, China has become an important trading partner for India. It is now at the top of the list of countries exporting to India. China also occupies the third position in terms of destination for Indian exports.

India has already decided to opt out of the mega Regional Comprehensive Economic Partnership (RCEP) agreement among ten Asian trading nations. It was a wise move by Modi, fully aware that once India joins the pact it would be rather difficult to prevent the flood gates of imports from China to India. The deal is largely weighed in China’s favour. Opting out of RCEP will help India bridge the trade deficit with other steps such as faster trade remedics against subsdised or dumped goods coming to the aid of Indian Industry. As per the official data, India’s deficit with China came down to dollar 48.7 bn in 2019-20 from dollar 53.6 bn in the preceding year. The deficit was the same in 2014-15 when the Modi Government assumed office.

For some years, India has been trying to boost exports to China, but has made little progress as authoritics have gone slow in opening up. In 2019- 20, considered a gloomy year, exports declined by over 5 per cent. This has helped the US to extend its lead as India’s largest trading partner. India’s trade with China was pegged at $82 bn compared with trade with the US at $88.8 bn.

While restricting imports of several items from China, an analysis should be made if these could be produced in the country and at what cost. For example, buttons for T-Shirts and Zippers for shorts come from China in large numbers. Obviously, we cannot produce these items without achieving economies of scale as China has fortunately, for the Tirupur exporters in Tamil Nadu several consignments of these items held up in Chennai and Bengaluru airports for days got cleared by customs. These exporters have no control over imports as decisions are taken by brand agents.

Again, it is rather difficult to reduce imports of raw materials for the electronics industry from China. Which was registered sales worth Rs.1.4 Lakh cr in 2019-20. China dominated the fast growing smart phones, TVs, laptops and watches segments in the same year. Next is the pharmaceutical sector, which depend heavily on Chinese raw materials and inputs. Fortunately for this sector, the customs cleared some shipments at Chennai port. Critical raw materials and bulk drugs imported from China account for nearly 70 per cent of active pharmaceutical ingredients, while, in some cases, the dependence is around 90 percent.

The anti-China rhetoric is no solution. As said, we need a well thought out strategy to take on the Dragon, but it will take two or three years to roll out. Till then, we have to depend on China and there is no strong alternative. We import goods from China because they are either cheaper than their domestic counterparts or are of superior quality. Efforts to replace imports by domestically-produced goods through artificial barriers such as tariffs or quantitative restructions lead to higher prices or goods of inferior quality in the domestic market. Imports of intermediate goods affect the competitiveness of domestic manufacturers in the global market.

While restricting imports from China, we should not lose sight of the situation arising from vacating the global market by China in certain fields such as apparel. China’s share in this segment is projected to decline to 35 percent from 41 percent in the current decade with apparel trade estimated at $50 bn ending 2025 according to a study by FICCI – Wazir advisors on the subject. It is known for same time that China’s dominance over global textiles and apparel trade has been waning after the economic crisis in 2009. Apparel exports are expected to come down by about 4 per cent (compounded aggregate growth rate) from about 12 per cent. The decline in China’s share has virtually created a gap. It is believed that India has the potential to grab the opportunity compared to other countries such as Vietnam, Bangladesh, Ethiopia, Kenya, Myanmar etc., For India to take advantage of the situation large scale structural changes in the policy framework are called for, from refining of labour laws to exit policy to fast tracking the approval process.

Most large global buyers are now adopting “China Plus One” sourcing model where they are active in at least one country other than China. Bangladesh’s infrastructure may not be able to support the high growth witnessed in the apparel sector in the last decade. Besides, social and environmental compliance in Bangladesh are already under question. There are besides political instability issues of labour unrest in the East Africa, Myanmar. In comparison, India is a far better and stable sourcing destination for global buyers.

The domestic demand for apparel in China is rising and is planned for higher growth in the coming years. The FICCI study estimates that the demand will reach $615 bn by 2025. Again, over the last decade, China is no more a low cost
destination. Wage rates in China have grown in double digits over the last two years and is expected to grow further. This is because of scarcity of labour force due to demographic changes and reduced flow of migrant labour from rural
areas. Wage increases are putting pressure on labour-intensive segments such as garmenting and is expected to lead to slow growth of manufacturing. As per the study, the average wage in the textile industry in China is $600 a month
compared to $175 a month in Vietnam, $110 a month in Bangladesh, $85 a month in Myanmar and $60 a month in Ethiopia, In India, the figure is $170 a month, three times lower than that of China.

China has signed trade agreements with several South East Asian countries where manufacturing costs are lower than China. It is going to support investment in manufacturing set-ups. Why India is well placed to grab a large share of the apparel market is because it has large textile manufacturing set-up. It is among the very few 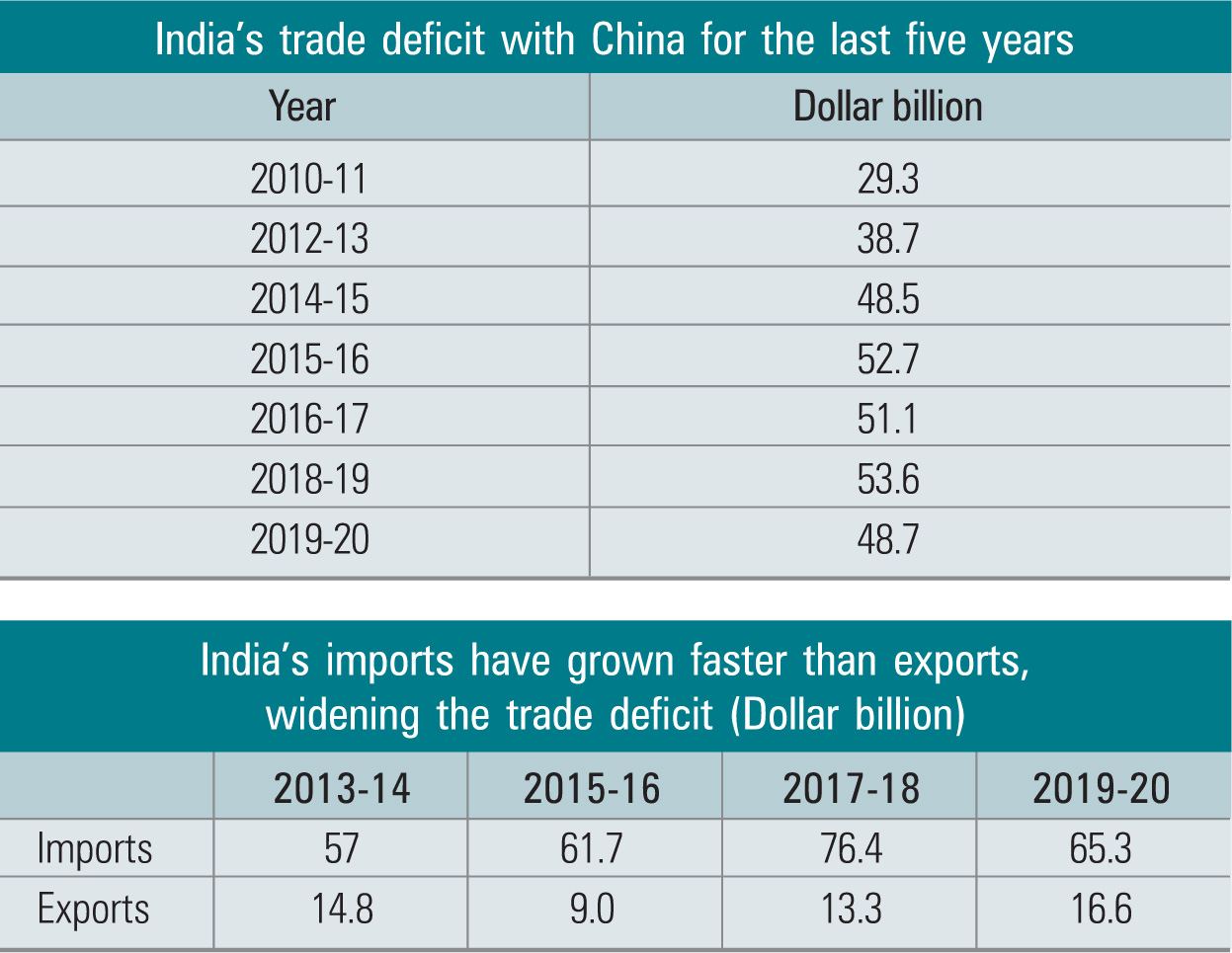 countries with production facilities across each level of manufacturing value chain – from fibre to finished products (garment, home textiles and technical textiles). The growth in India’s domestic apparel market is due to the presence of large and growing consumer class and an increase in the spending power of people.

Then India has a large population more than one and a quarter billion people. Nearly half the population is under 25 years. As this population joins the workforce and gets more money in their hands, then spending power will increase. The apparel sector will be the main beneficiary of the increase in the purchasing power.

In conclusion, it must be said that the anti-China rhetoric is no solution. Unnecessary and unwanted imports from China may either be slashed or banned altogether. Meanwhile, steps must be taken to create sufficient manufacturing capacity at home for critical inputs currently being imported from China. 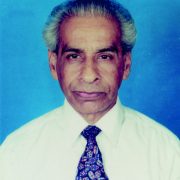 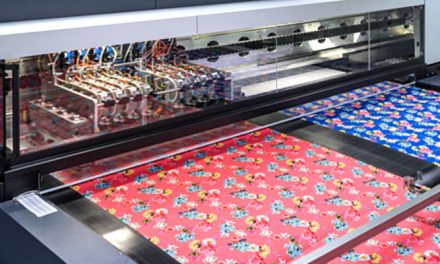 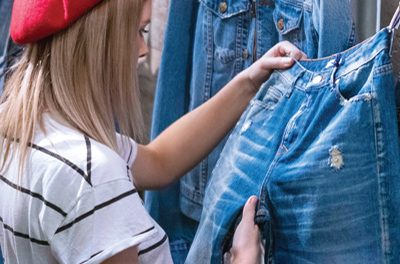 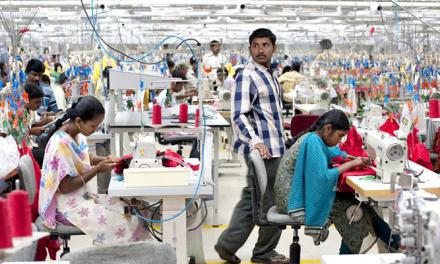 2017-18 Budget proposals to benefit garments most 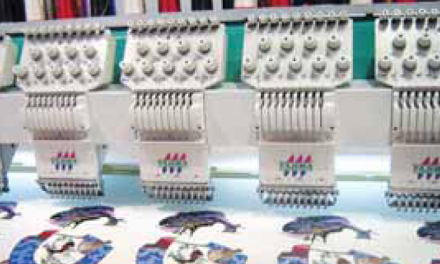 Classify the fault Defects due to embroidery