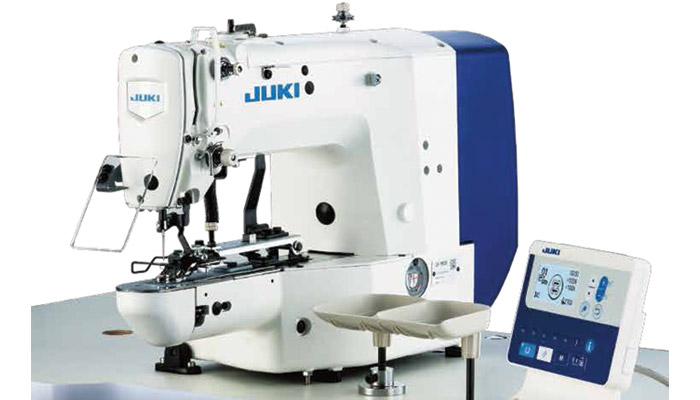 Juki recently launched a new line of sewing machines – The Simply Smart SeriesduringGarfab-TX Surat exhibition held at Surat International Exhibition & Convention Center (SIECC) from April 5-7, 2019. The technology was launched by Juki with its agent for Gujarat region Bapu Traders. JUKI advances its activities to create the most suitable factories by making innovative efforts to solve the various problems a customer faces, through the further evolution and systemization of products and IoT. JUKI’s Digital Sewing Machines can respond actively to changes in sewing items and materials. These sewing machines are capable of digitalizing “seam” adjustment functions and setting parameters can be stored as a pattern. Apart from this the Simple Series has inbuilt production display function in the panel to display the current production status. The same production data can be taken to the cloud with addition of IOT along with the machine i.e. Janet (Juki advanced network system).

The new Simple Series machines will voice guiding system which assists the operator, Supervisor during the setting of the machine. When the amount of oil changes to empty or full, the machine informs at voice guide. Though it has voice guiding function will announce the production status of the process in fixed time intervals. Other than production one will also be able to get machine utilization percentage of the machine too. Most importantly this machine is much user-friendly than any other machines in the industry. Simply Awesome technology for apparel makers. The Juki Simply Smart Series currently composes of 4 models which are mentioned below: 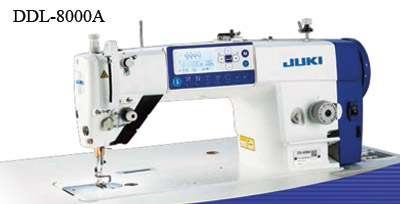 The machine has been designed to have simplified and narrowed down capabilities that are essentially required to produce JUKI’s established seam quality. This sewing machine shortens the total cycle time with its improved capabilities such as the maximum sewing speed of 3,200 sti/min, quick acceleration at the beginning of sewing and quick deceleration at the end of sewing, increased thread trimming speed and work clamp foot lifting speed.

The machine is the new lockstitch and the flag ship model in the Simply Smart Series of machines. This model is a perfect combination of advanced sewing performance and economical design. With a powerful internally build motor both space and costs are saved over traditional eternal motors. The DDL-8000A comes with a USB port for the charging of personal electronics right in the machine head. With the advanced dry technology of enabling operation without being lubricated, a frame which does not need lubrication has been developed. It is provided with not only a high-speed sewing capability, but also a safety feature for preventing oil stains.

The machine has been designed to have simplified and narrowed down capabilities that are essentially required to produce Juki’s established seam quality. The machine’s starting, stopping, thread-trimming, up and down of button clamp jaw lever and the jump speeds have reducing to total cycle time. The machine is provided as standard with 50 different sewing patterns. The machine permits easy changeover of sewing patterns for effortless execution of an inexhaustible range of sewing specifications.

The machine has been designed to have simplified and narrowed down capabilities that are essentially required to produce Juki’s established seam quality. This sewing machine achieves higher productivity with its improved capabilities such as the maximum sewing speed of 4,200 sti/min, quick acceleration at the beginning of sewing and quick deceleration at the end of sewing, increased thread trimming speed and the auto-lifter performance. Thanks to Juki’s unique multiple-times knife dropping function, the knife replacement is no longer required even when the buttonholing size is changed. 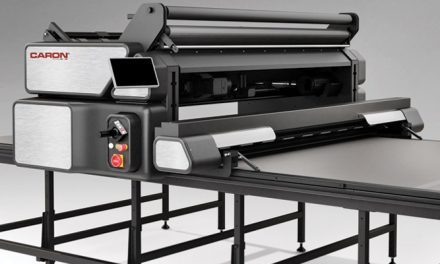 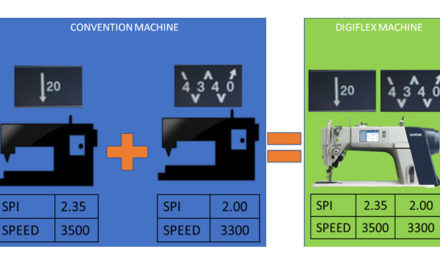 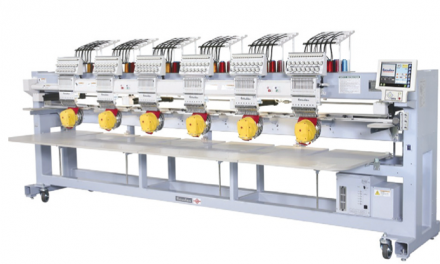 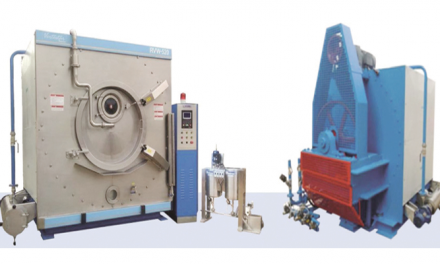 Go Green – Innovation for the future from Ramsons